What can a person survive? The borders of the human body

How long can you swim in a lake in winter without freezing to death? What happens if the sauna door locks? Or even if the fridge is empty? How does – or doesn’t – your body cope in extreme situations? 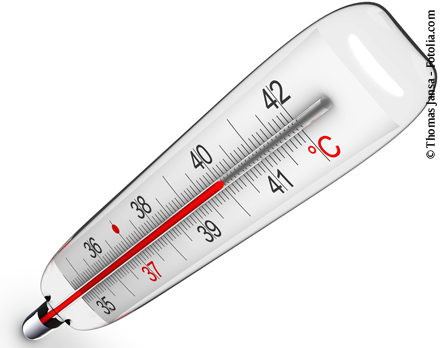 The maximum body temperature a human can survive is 108.14°F. At higher temperatures the body turns into scrambled eggs: proteins are denatured and the brain gets damaged irreparably. 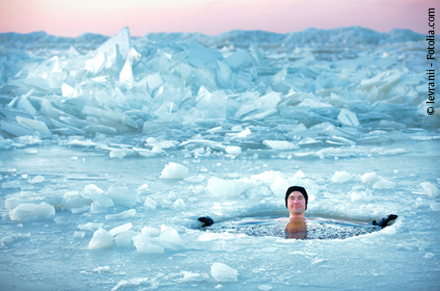 Cold water draws out body heat. In a 39.2°F cold lake a human can survive a maximum of 30 minutes. The reason: the blood concentration of stress hormones increases suddenly, in order to stimulate heat production. Furthermore, cold shivering starts rapidly, in order to produce heat through muscles. This works for cold air temperature, however in cold water shivering drains body heat even faster. The musculature fatigues very quickly and the body supercools.

As soon as the body temperature decreases to less than 89.6 – 86 °F, shivering stops and energy reserves are consumed. Muscles stiffen and the cold stuns the nerve terminals. This is the reason why cold and pain aren‘t felt anymore. The brain reduces its performance and targeted movements are nearly impossible – therefore freezing people behave a little like drunks. Enzymatic reactions and transport mechanisms in cells slow, so important substances aren’t or are too little produced. At a core temperature of 85.1°F most humans pass out. The heart beats only two to three times per minute, pulse and breathing are barely measurable. Once the temperature is below 68°F, death is almost certain.

Even a warming up too fast could be dangerous: in cold water blood vessels in the skin and in the extremities dilate and blood pressure decreases rapidly, so there is a threat of a circulatory collapse. By the way: even if a freezing person is back in a warm environment, their body temperature continues decreasing for 15 more minutes (“afterdrop”). During warm up or movement of the patient , if there is a great difference between extremities and body core, the temperature of the extremities comes up – at expense of the core temperature. 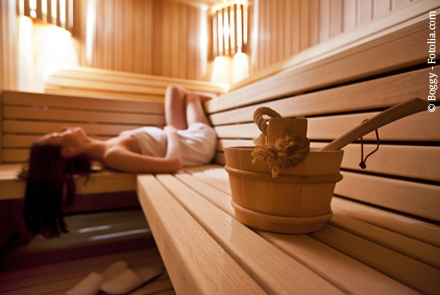 How long you can survive with heat depends especially on the humidity: the less humidity the longer you keep up. In a sauna at 230°F adults withstand a maximum of 3 to 4 minutes, in a burning house up to 10 minutes – as long as they don’t pass out because of the carbon monoxide. Children fall victims even more quickly to high ambient temperatures, e.g. in a car heated up to 122°F they fall victims after a few minutes.

During a heat stroke the body temperature increases to over 104°F. The acute overheating causes a brain edema, that evokes symptoms such as cramps, clouding of consciousness, headache, and sickness. In the worst cases heat stroke ends with lasting brain damages or even with death. 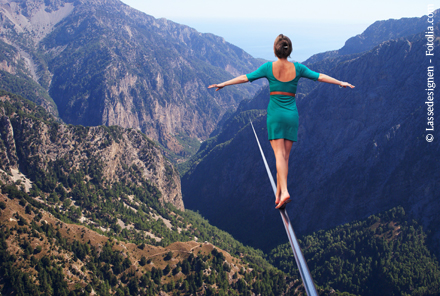 At a height of 1.6 miles you may start to feel unpleasant: altitude sickness starts with headache and dizziness. Reduced oxygen content in blood makes the vessel walls more permeable, so that more blood plasma enters into the tissue. Consciousness fades for most people at a height of 2.8 miles – and if you ascend too quickly it may lead to a pulmonary edema and then to death. People who live at high altitudes adapted themselves through bigger lungs and more red blood cells, so that they can still survive. 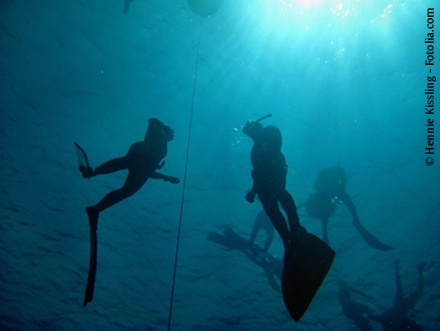 If a human dives without underwater equipment deeper than 59 inches, they will pass out after two minutes at the most. The deeper you dive, the more the air and your lung capacity are compressed. At a depth of 82 to 114 feet the pressure is so strong that the lungs are compressed to maximum expiration. If you dive deeper, tissue fluid passes over to the lungs resulting in a lung edema. The record holder in free diving reached a depth of 702 feet without passing out. How is this possible? With long time training, where you dive step-by-step deeper, the lungs get used to the pressure. Divers will still develop a lung edema at this depth, but it is reversible. 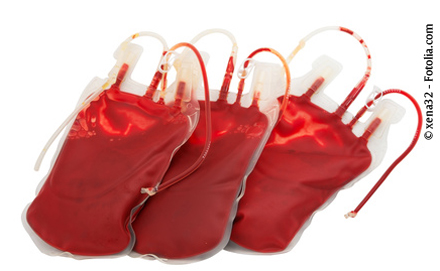 A human can compensate for a 30% loss of their blood volume. Blood loss of 40% requires a transfusion, ideally with concentrated red cells. Blood loss kills by volume deficiency shock and the resulting inadequate circulation, acidosis or creation of micro thrombosis. Therefore it is important to refill blood as fast as possible. Furthermore, in case of a great blood loss, the circulatory system decreases so far, that the ventricles aren’t provided with blood. This leads to severe heart-rhythm-disorders which end with death.

Approx. 1.2 to 1.6 gallons of blood are running through the body of a healthy person, which correlates to 6-8% of their body weight. If not enough blood can be rebuilt, this causes an undersupply of oxygen for the organs. The amount of the compensated blood loss depends as well on how fast the blood gets lost. An acute blood loss of 20% (approx. 0.3 gallons) is seen as critical. 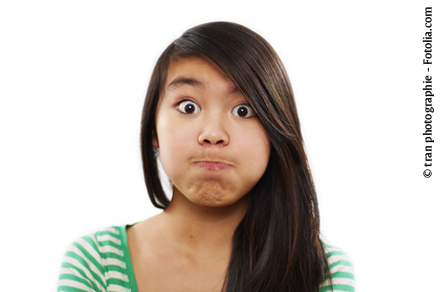 Usually a person passes out after two minutes without oxygen. The human body can survive as long as oxygen is available in the blood. This varies from person to person and depends on factors such as fitness level. Electric brain activity expires after 20 seconds without oxygen, and people become unconscious. After 2-3 minutes the first cells get damaged, first in the cortex, then in the brain stem which controls blood circulation and breathing. After 5 minutes the brain is damaged irreparably, so that a human can continue living in only in a persistent vegetative state. After 10 minutes without oxygen supply a person is clinically dead. Unbelievable, but: The world record in holding breath is held by 22 minutes. 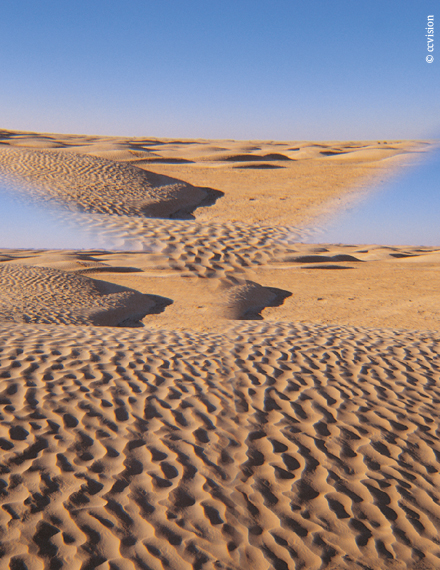 Each cell of the human body needs water to survive. If a person isn’t able to replace their daily loss of water, the person survives one week on average. How long one can actually survive without fluid intake, depends on various aspects: ambient temperature, humidity, physical activity, age or state of health, play a role. Even if a person doesn’t lose any liquid due to urine, the person loses half a liter per day due to skin and breathing – in case of heat or physical activity significantly more.

A healthy young person can keep up 3-4 days without water, in extreme situations even 12 days. The actual cause of death by drought is an internal intoxication or a circulatory collapse. The kidneys aren’t able to expel the uremic substances caused by the lack of fluid and endogenous poisons destroys all organs. Or else the circulation collapses and multiorgan dysfunction, heart attack or stroke occur. 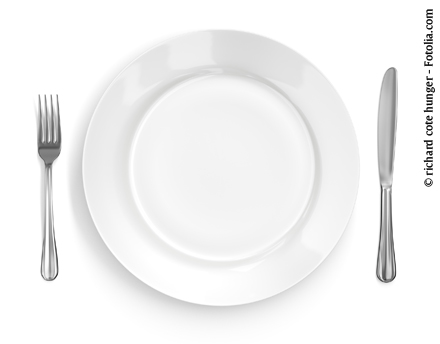 According to physical constitution and energy metabolism a person can survive 1-2 months without food intake. Without calorie intake, the body feeds itself on its own substances. During the first days the organism breaks down its carbohydrate reserves, followed by fat tissue, then musculature, and finally skin, kidneys, lungs, and bones. A loss of 30% body weight mostly ends up with death.

By rule of thumb you can memorize the rule of three:

3 minutes without oxygen, 3 days without water, 3 weeks without food. 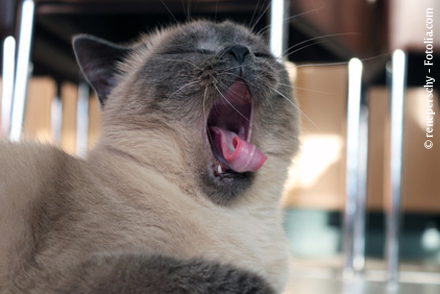 Without sleep: too long

Here is the good news at the end : A lack of sleep can lead indeed to acoustic, optical, olfactory and tactile hallucinations – but cannot lead to death. The world record in staying awake stays at 266 hours (barely 12 days).

Well, there’s no excuse for the next exam.

* All data given are guidelines. General statements are impossible to make, since every body is different and therefore reacts differently to extreme situations.