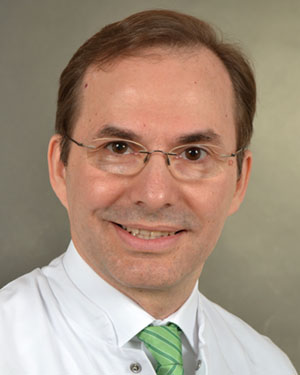 Dr. Stephan J. Schreiber was born in 1968 in Berlin. He completed his medical course at the Humboldt-Universität zu Berlin and the University of Manchester in 1989. He has been a neurologist since 2005. After completing his dissertation in 1997 and his postdoctoral lecture qualification in 2007, he became a professor of neurology in 2015. From 2007 to 2016, he was a consultant neurologist at the Charité-Universitätsmedizin Berlin, and, since 2016, he has been Head of the Department of Neurology at the Asklepios Fachklinikum Brandenburg. Since 2006, he has been a senior instructor of the German Society of Ultrasound in Medicine (DEGUM). His interests focus on stroke, multimodal ultrasound of the brain and the brain-supplying arteries, and neurological acute and intensive care medicine.