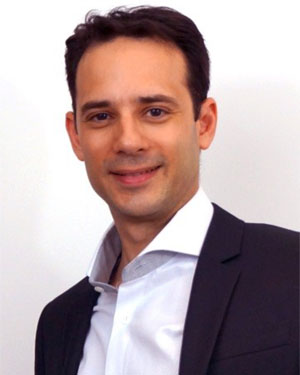 Professor Kayvan Shokrollahi is a Burns, Plastic, and Laser Surgeon at the Mersey Regional Burns and Plastic Surgery Unit in the UK, the Editor-in-Chief of the international journal Scars, Burns & Healing (SAGE), an Associate Editor of the journal Annals of Plastic Surgery (LWW), the Chairman of the charity The Katie Piper Foundation, and an Honorary Chair at Edge Hill University. He was awarded the Hunterian Professorship of the Royal College of Surgeons in 2007 and graduated from Bristol University with both a Bachelor of Science with first class honours in Cellular and Molecular Pathology and a degree in Medicine. He went on to graduate with both a Master of Science in Clinical Engineering and a Master of Law with commendation, having developed a specific interest in consent for medical treatment and the ethics and law related to medicine. Professor Shokrollahi’s basic surgical training was undertaken in Bristol and he undertook parts of his specialist training in units including Oxford, Children’s Hospital Los Angeles, Chester, Swansea, Glasgow, Nottingham, and Ottawa in Canada. He has won prizes from the British Association of Plastic, Reconstructive and Aesthetic Surgeons, Bristol University, and the Pathological Society of Great Britain. His strong academic and research interest manifests in more than seventy peer-reviewed articles he has published. He has written a number of textbooks, including Oxford Handbook of Burns and Multiple Choice Questions in Plastic Surgery, as well as dozens of book chapters in a variety of reconstructive, aesthetic, scientific, and legal subjects. He is an authority on pinnaplasty and anatomical and flap studies, in addition to aspects of laser treatment in particular skin oncology and scar management with carbon dioxide laser.

Outside of clinical medicine, Professor Shokrollahi is an accomplished composer and pianist whose original music is played regularly on various international radio stations such as Klassikradio Germany and who has reached the all-time Classic FM charts in Europe under the pseudonym Shokolat. In addition, he is an exhibiting artist and sculptor with art works available through Saatchi Gallery Online and Galleries in London.